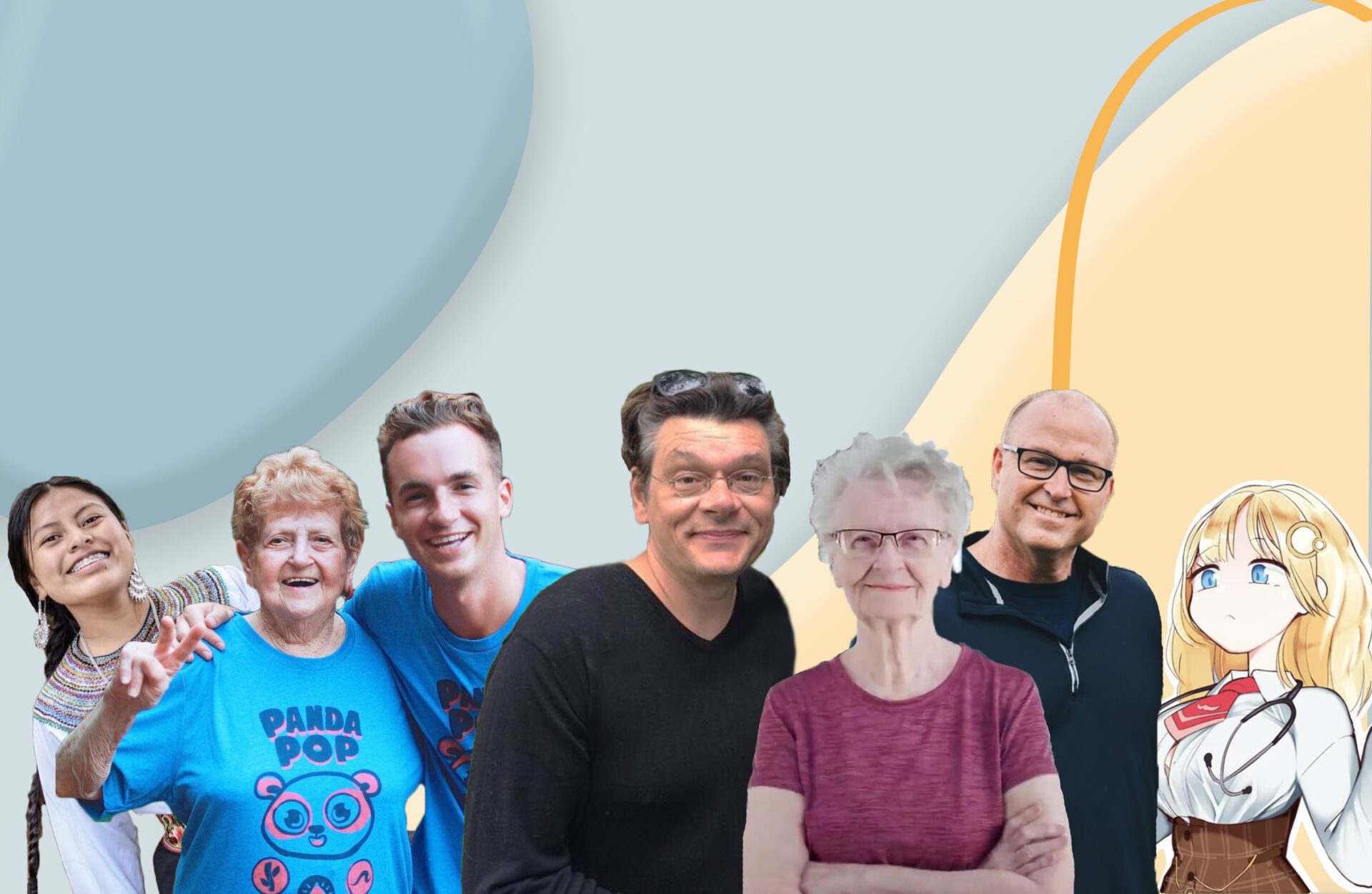 The Exciting New Age of Creators

In the last few years, the YouTube algorithm has gone through an enormous change. Viral content is no longer the go-to format for new creators. Instead, they focus on lengthy engaging video content and establish their authority in their preferred niches. This might come as a surprise to some, but attracting the masses is not as promising as having a small audience yet being in the centre of your own niche and acting as a reliable voice for brands to cooperate with. So what has changed in the world of content and who are these new creators?

The New Kings of the Castle

Social media platforms follow the well-known innovation adoption cycle: the early adopters make it trendy, the vast majority make it popular, and then comes… your grandma conquering Facebook. Baby boomers, that is people who were born between 1946 and 1964, have recently become surprisingly active both as YouTube users and creators.

Considering that 58% of users are interested in watching content made by creators of any age, there’s enough room for senior creators all around the world. You can now watch a 90-year old gamer grandma from Japan, an elderly amateur cook from Mexico, and a group of Brazilian grandmas discuss sex, love, and lifestyle (talk about awkward).

For example, Grandma Lill is a celebrity TikToker and YouTuber running the Kevin and Lill channel with her grandson and entertaining over half a million subscribers. She has made it crystal clear that fame is her everything and that she is a CELEBRITY (those who know, know). Whatever the case, her content is always entertaining to audiences of any age, and here’s a little tutorial on how to do your everyday makeup. Nikkie de Jager and James Charles — welcome another one to the team!

Do you still think elderly people are bad with technology and call their grandchildren to ask how to turn the laptop on? Then you should definitely take a look at Shirley Curry’s channel. She’s an 85-year old woman from the USA who has 4 sons, 9 grandchildren, and 3 great-grandchildren, and she is a popular YouTube gamer! Rocking those video games, especially Skyrim, her favourite, like nobody’s business! Here’s one of her recent videos where she shows you how it’s done:

Preserving indigenous people and their cultures is crucial both from a historical and social standpoint. Luckily, YouTube is giving them a channel through which they can share their culture with the world.

During 2020 alone, indigenous creators all over the world, and especially in the area of Latin America, have won over millions of subscribers on YouTube. Many of them make songs and rap in their native languages, even if it is an indigenous language like Mayan or Quechua, to celebrate their cultural heritage and talk about their traditions. These new creators also use their art to highlight the issues their communities face, like poverty and lack of education, which is especially problematic in rural areas.

YouTube found that the top 6 indigenous creators from Ecuador reached more than 100M views within one year. One of these creators is Nancy Risol, a young girl from a small mountain village in Ecuador who managed to gain almost 3M subscribers in less than three years by showing her rustic lifestyle and the traditions they cherish in the area.

Here is Nancy embracing the tried and tested “house tour” format, while giving it a fresh meaning with the help of her unique surroundings.

And how do you feel about that common off-the-grid lifestyle many indigenous tribes rock? They will prove it to you that building houses in the wild using only primitive tools is possible so perhaps men and nature can exist in harmony after all?

Here is a popular channel where you can see how people manage to create something amazing out of nothing:

At times of uncertainty, the world just needs some support or simple advice and a pinch of humour and, luckily, creators are there to give it. In April 2020, Rob Kenney started a channel called “Dad, how do I?” where he gives you his “dadvice”: short practical lessons on daily tasks like shaving or putting up Christmas lights. The channel offers this easy-to-watch content with simple tips and light humour, “dad jokes” if you will, which is why in less than a year, the creator gained more than 3M subscribers, with many people expressing their appreciation for the father figure he shares with the world.

Quite similarly, Peter Hoefnagels is a channel created by a Dutch teacher who shares videos showing daily challenges he stumbles upon at school while working with teenagers. Here is one of his videos where he demonstrates a scenario where a student refuses to go to class:

VTubers make an army of mostly animated and fictional characters doing everything from live performances to gaming. YouTube found that the general public is quite positive about the trend: 47% of people said they are open to watching content from creators who are fictional or animated. While it originated in Japan, the homeland of anime aesthetic, creators from far and wide have started embracing virtual reality when making their content, erasing the gap between the real and the fictional.

YouTube is overflowing with content but there is always room for something new and relevant. The YouTube game is still going strong and we are sure that the new creators will be able to hit the right spots and connect with their audiences in unprecedented ways.

How to Top Your Niche on YouTube with Contextual Targeting